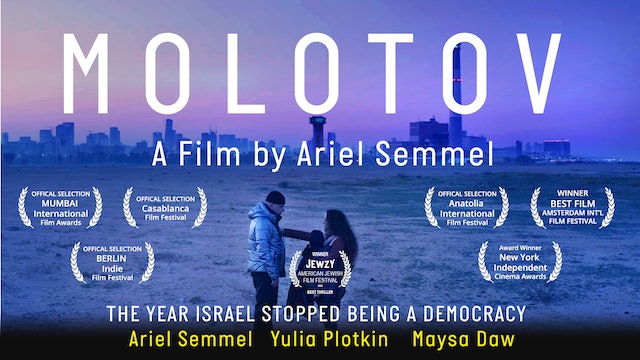 In a dystopian Israel, a flood of riots fill the streets. The police brutally fight civilians. "Molotov" is a story about Ariel Semmel, a film Director and political activist who finds himself hunted by the police. He is arrested in a riot, the police later burst into his house without a warrant, only to arrest his girlfriend. Israeli democracy is crumbling. Ariel's opinions turns radical and consequently, he joins an underground brigade. 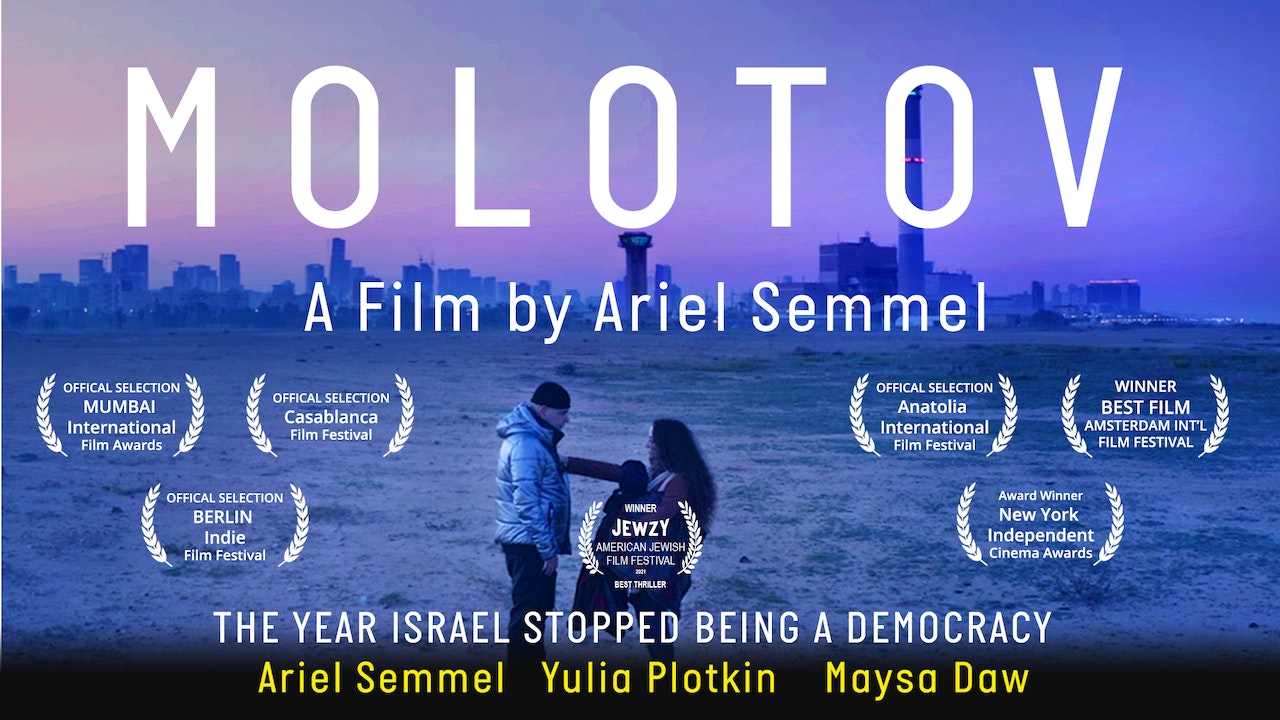